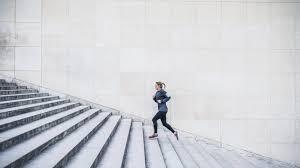 The early days of my faith and life formation were driven by the testimonies of men and women of renown who lived putting their lives on display.

As a child, I was captured by the Bible stories that focused on those who stepped up to take on a challenge and did extraordinary things.

As a teenager, I came to a place where I wanted to take a bold step and dedicate myself to go all in. I hung on to many biblical heroes and I added an impressive list of contemporary men and women who stood out as champions of the faith. In addition to that, I created a long list of sayings and quotes that I wanted to keep in play.

CT Studd is one of those champions that I was drawn to … and his famous quote has lingered in my heart since I first heard it in 1970.

Only one life, twill soon be past,
Only what’s done for Christ will last.

This one statement is the thrust of a poem that Studd penned … it revolutionized how I wanted to live my life and it framed/fueled my passion for going all in!

The West London Life provided this narrative on the life of CT Studd (you can also find the full version of his poem in this article).

“Charles Thomas Studd was born 1860 and died in 1931. He was born into wealth and destined for affluence. He was converted during his college years at Cambridge and began following Jesus in faithful obedience. In his own day, he was the Michael Jordan of cricket. While many expected for him to play professionally and return to London to embrace a life of affluence and influence, Studd chose to forsake it all for the sake of participating in God’s global purposes.

Studd is a part of what has become known as “The Cambridge Seven” – a group of culturally affluent men who laid down the fame and flattery of men and became evangelists in unknown parts of the world. These men embraced the sacrifice with joy, out of joy for what God had done for them in Jesus Christ.

Studd would go on to minister in India, Africa, and China. His wealthy father left him a sizable inheritance to which he graciously gave away. He was husband to Priscilla, father to four daughters and two sons (though lost in infancy). It’s possible that you’ve never heard of Studd before this moment. But Heaven knows his name. Heaven knows all that he accomplished in his life. He lived his life with perspective because he lived in light of eternity.

This mandate is still before us.

As followers of Jesus, we are called to make a difference.

I know this is what I want to do … and I am inviting you to say yes as well!

2021 THEME
In Every Chaotic, Confusing Situation, His Clarifying Word Will Always Be Spoken … Capture It!