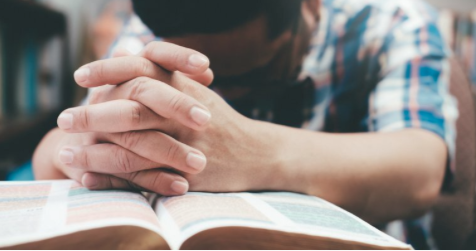 The place that prayer occupies in our lives is a matter of great importance.

The truth is that …

Dave Trenholm in his article, “Engaging In Prayer” reminds us that, “God communicates with us in a number of ways. The primary way He speaks to us is through His Word – the Bible. It is in the Bible that God reveals Himself to the human race. But He also speaks to us in other ways – through different people, books, nature, music, events, circumstances – God has all of Creation at His disposal to communicate with us.

We, on the other hand, have just one simple, yet effective way of communicating with God. That is what we call prayer. It is prayer that allows us to fully engage with the God of the universe.

The piercing clarity of this reality should consume us with a crushing conviction that “prayer fully engaged” is the clarion call of the Master and is the crucial work of every committed follower of Christ.

We clearly see that in the scriptures.

The call to prayer is mandated, modeled, and is forever to be manifested in the lives of God’s people.

To strengthen the significance of “prayer fully engaged” Dave shares a powerful story from the life of George Mueller that should settle into all our spirits.

“So maybe we need some convincing. Or perhaps we just need a few reminders of the power of prayer. One of my “Heroes of the Faith” is a man named George Mueller._

George Mueller lived in England in the 1800s and at that time, England was full of homeless children living in terrible conditions. So Mr. Mueller decided to do something about it. In 1834 he and another friend founded the Scriptural Knowledge Institution in Bristol, England, and their purpose was to establish Orphan Homes for the many homeless children in Great Britain.

They had no money and they determined that they would never ask any man for anything. They would only present their requests to God and trust that God would provide for them.

And so for 64 years, that was how George Mueller operated. In that course of time, he cared for and educated over 18,000 children; started 117 schools that educated over 100,000 children; distributed hundreds of thousands of Bibles and tens of millions of religious tracts; supported about 150 missionaries; traveled over 200,000 miles as a missionary himself; and shared the Gospel with over 3 million people around the world. And in all that time, he never asked for one penny from anyone, his children never missed a meal, and he never had a debt. All of that was accomplished through prayer alone.

In reality, “prayer fully engaged” creates many more magnificent things for us …

All of this is ours to embrace and engage … and as we say yes to this, we will enter into so much more.

This is what I long for … and you?

2021 THEME
In Every Chaotic, Confusing Situation, His Clarifying Word Will Always Be Spoken … Capture It!